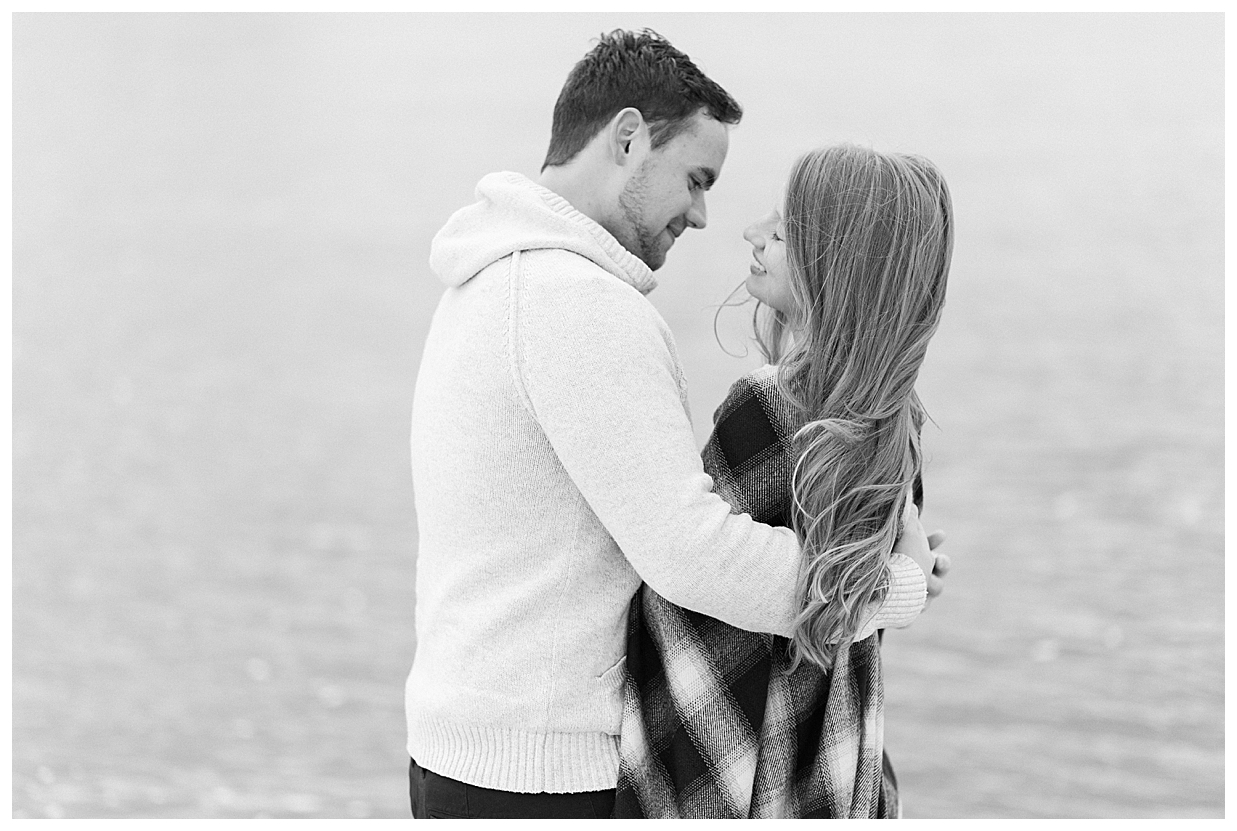 These two beauties were expecting an engagement session with soft orange tones and maybe some green pines and red leafed maples, but winter decided to arrive early this year!! They braved the cold, snuggled up to stay warm and played in the snow to make it one of my favorite engagement sessions I’ve documented.

Josh and Jenna met 8 years ago when they both started college at the University of North Dakota. “We became good friends first since we were in the music department together, both studying piano. However it wasn’t until 3 years later that we started dating. Throughout those friendship years, our friends and family noticed a strange connection between us, even before we saw it ourselves! Like you couldn’t put your finger on it, but something was just always “there”. We then dated for 5 years before Josh proposed.

On August 23rd, we were planning to have a date to spend some quality time together. Being we still live in Grand Forks, UND’s campus is so beautiful in the summer, especially behind the music building which is where we first met and made so many memories. I kept mentioning that I wanted to go for a walk there, which was perfect because Josh wanted to propose back there since it held so many special memories for us. While we were walking, I didn’t notice that one of our friends was disguised, flying a drone, videotaping the whole thing! Josh was reminicising about how we met here 8 years ago when we had our first conversation, and then he got down on his knee at the very place we would split off to go to our dorms, and asked me to marry him!

I would say our relationship was very much rooted in music from the very beginning, and has grown so much. We are so similar in certain ways and yet such complete opposites in others. We compliment each other very well, and we’re always wanting to show up as the best version of ourselves for the other person.”