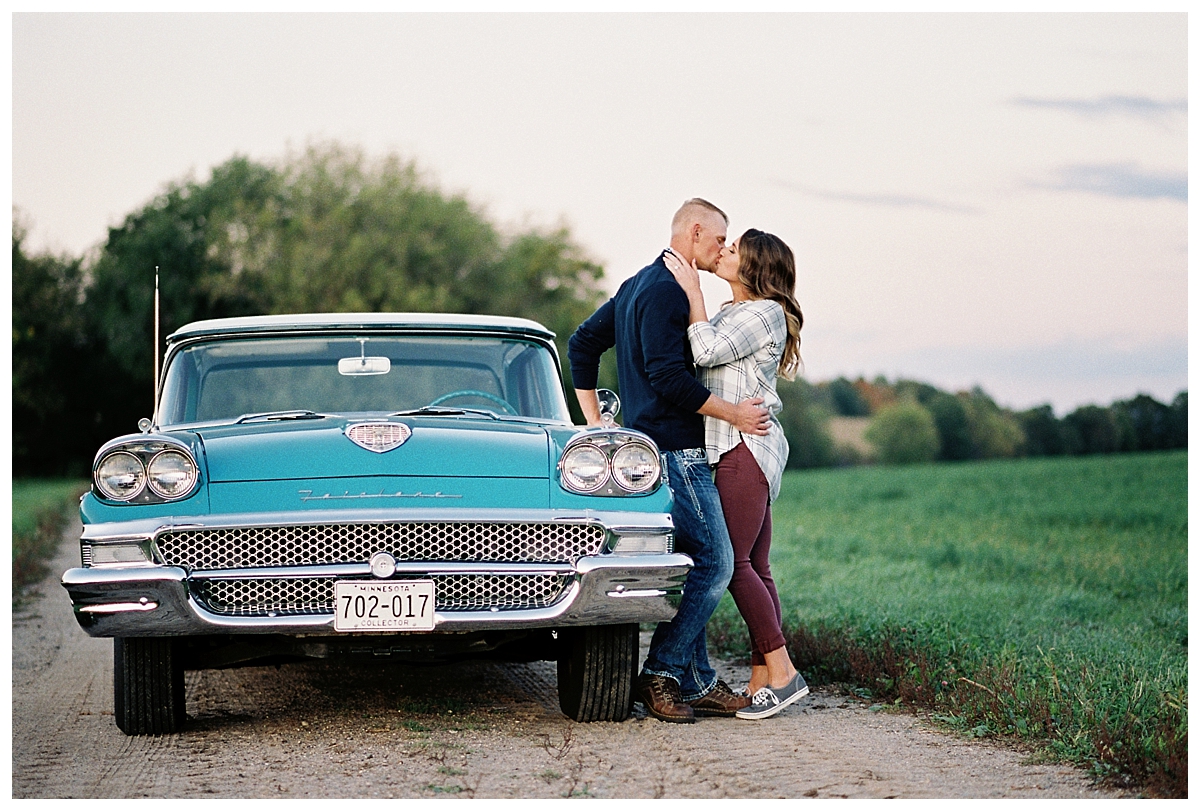 One Sunday afternoon in early August, Megan and Cole decided to go “look” at engagement rings.  “Cole had no intention of buying one that day but we both fell in love with one.”  Of course to receive it at the current sale price, they had to put a down payment on it.  The sales lady kicked Megan out of the room so her and Cole could “discuss” something.  Megan didn’t want to be rude and ask him what happened so she changed the subject and when she suggested they should go shopping at the mall, he said “well probably shouldn’t go shopping since I have $500 less now:)”

“I knew his original plan was to wait until September and ask during bow hunting season, but I also knew once he picked up the ring he wouldn’t be able to keep it to himself. lol”

Sooo…10 days later while shooting their bows, Cole “surprisingly” had to grab something from his truck.  He met her at the target, dropped to one knee and popped the question.  Megan is still thinking about it.  Kidding…she said YES!!