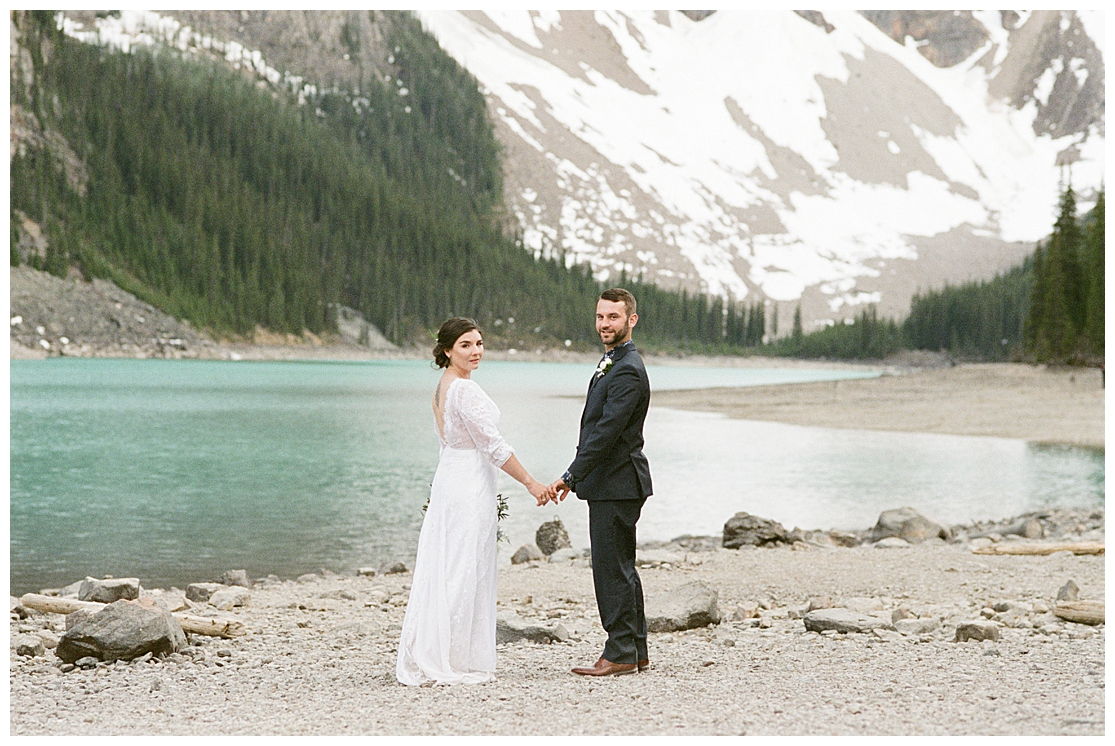 Hillary and Kyle have been friends since the Elementary days. They lived their lives separately; both headed off to college, and ran into each other here and there. The connection grew stronger and after a fun camping trip with a group of friends, they decided together was so much more fun than separate. They started dating, and a year later, were engaged!

“Once we started dating things moved rather fast. We were friends for such a long time so we didn’t necessarily have to get to know each other; we just had to adapt as our relationship evolved from friendship into something more.”

When it came time for wedding planning, Kyle and Hillary mutually agreed an elopement would be the funnest and most sincere way to start their married lives together. Lucky for me and Emily from Lace and Brass Events, our Banff Pop-Up Elopement caught their eye;)

“Kyle and I choose to elope because we wanted an intimate and simple ceremony between just the two of us. We wanted to focus more on each other and the important reasons we were getting married. Also, we both love the outdoors and are very adventurous so we both knew we wanted an outdoor wedding and decided we would rather spend our money on an experience between the two of us rather than just one big event.”

Locations include Lake Minnewanka and Moraine Lake in Banff National Park. You can view their Highlight Video on the Home Page!! { Banff Elopement }