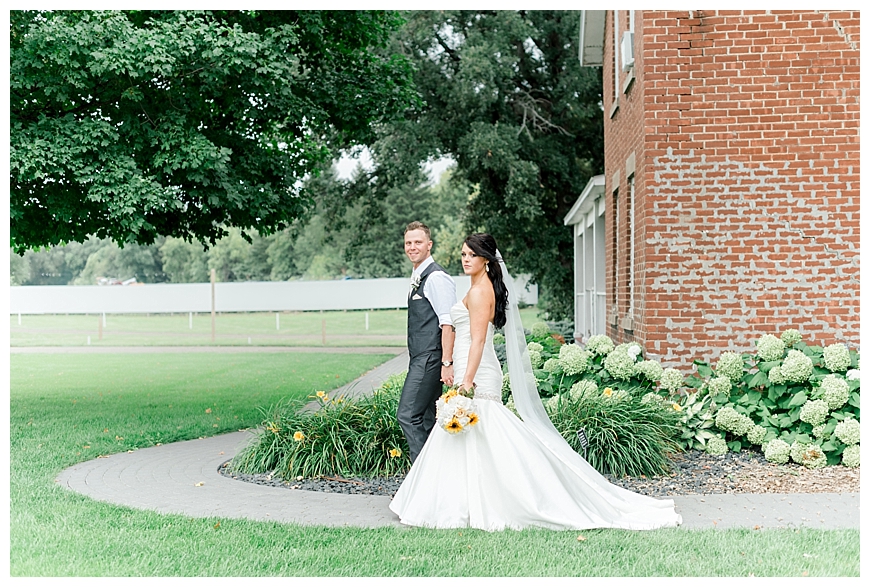 Ashelli and Scott’s paths crossed long before they ever saw the possibility of marriage…or even before dating was an option. “I met Scott when I was only 8 so I wasn’t exactly searching for my soul mate at that time. In 2012 my sister ended up marrying his brother, but me being in Texas and him in Minnesota, it again wasn’t great timing. Fast forward to December of 2015… I got a message on Facebook from Scott. It was nothing more than him saying (flirtingly) it was too late for me to be liking his posts on Facebook. After that we talked everyday. A couple months later I made my first trip to go see Scott in MN and the moment he walked in the door I knew I was going to marry him. It was the strangest feeling, everything seemed to suddenly make sense and started falling into place. On Valentines Day he sent me my very first bouquet of flowers and everyone around me could tell I was falling head over heels for him.  On July 2nd Scott flew done to Texas to ask my parents if we could start dating and on July 4th we got their blessing and our journey began!”

Now if that isn’t the sweetest story, then read further to hear about the engagement…”My brother in law and sister were living in 2 different states for a couple months and he called me up wanting to surprise her in an extremely romantic way. He asked if I could help him find a place and make It so it would be perfect. I would never say no to doing something special for them so of course I did lots of research to find a beautiful location and planned it all out for him so it would be perfect. On that day I convinced my sister I was taking her on a nice sisters date. We got all dressed up and I brought her to the Japanese tea garden in San Antonio, It’s full of waterfalls, ponds, flowers and a romantic bridge. We are walking through taking pictures and as we turn a corner her husband is standing there playing their song. I’m off to the side recording then and my brother in law changes the song again to Scott and I’s song, at first I was irritated that he just took our song and then behind me Scott says “hey isn’t this our song” I turned around in complete shock because he was suppose to be working up north at that time. I planned the perfect romantic surprise for my sister and it ended up being for me all along.”

I must add that Ashelli is a very talented singer, so when you get to the first look images you’ll see him listening to his very own song, written and sang by his soon-to-be bride.