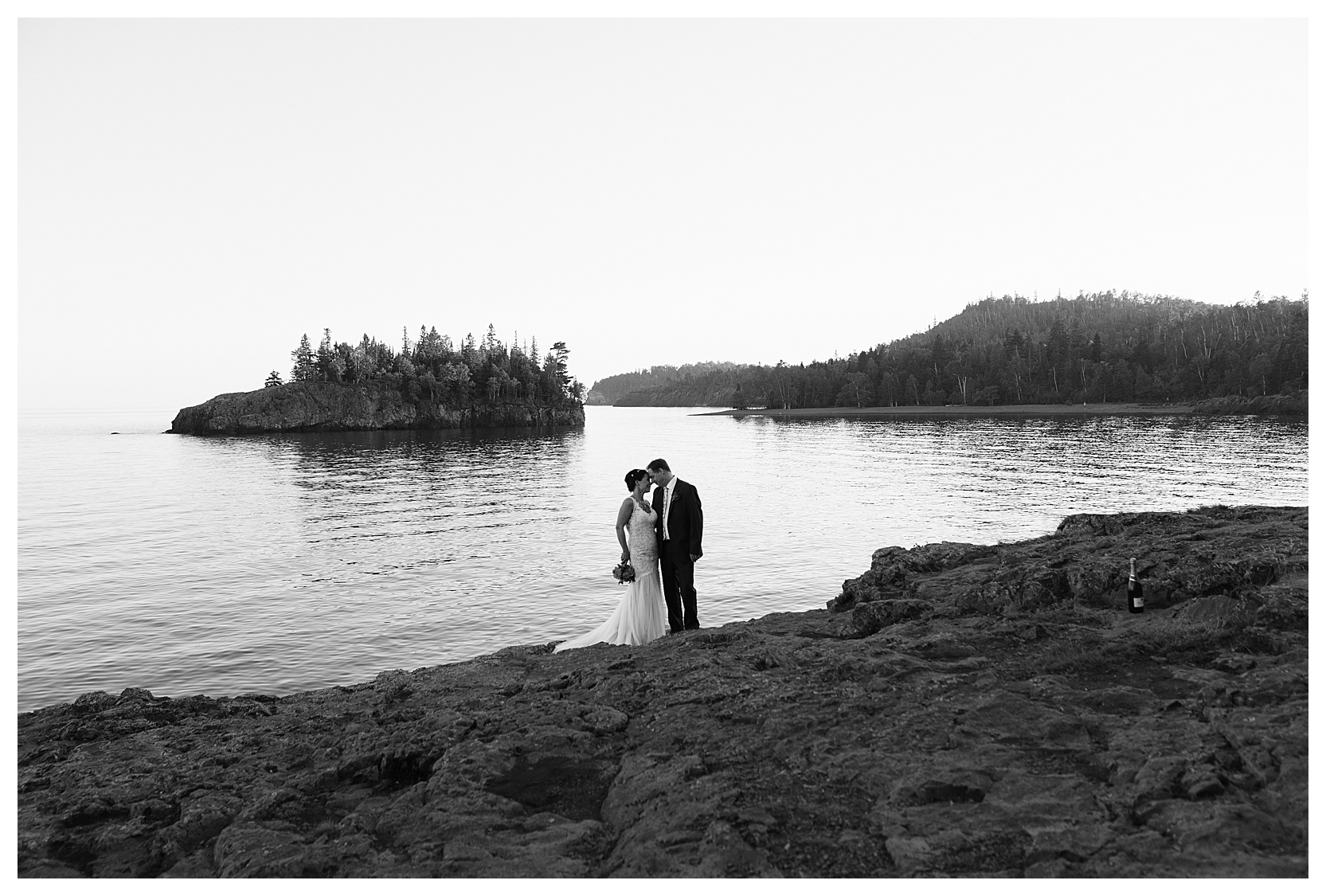 A Long Distance Relationship Turns Into A Beautiful Love Story

Sonja and Mark had quite the distance between them, him being on the East Coast and her, originally from Austria and now living in North Dakota, but their relationship blossomed naturally and led to a fulfilling and beautiful love story. Time and distance couldn’t keep these two apart, and a 10 year courtship culminated into a truly magical wedding day.

It all started with a shared love for word games and fate pairing them in an online scrabble game. “We are both very competitive and after playing several games we began to chat,” Sonja fondly remembers. “Mark’s screen name was noisybaby, named after his home studio, and I automatically assumed that I was playing Words with Friends with a mom, only to find out it was a dad, whose heart needed healing just like mine. “

Neither Sonja or Mark had ever been to the North Shore of Minnesota so they thought it would be a nice drivable distance for an elopement adventure. They stayed at Larsmont Cottages on Lake Superior for a couple nights and exchanged vows at Gooseberry State Park. Since we had enough light, we decided to end the evening enjoying the sunset at Split Rock Lighthouse. I wanted them to see all my favorite, iconic destinations on the north shore. Gooseberry Falls was pretty dry from the drought otherwise we would have added that to our list of stops.

The ceremony was intimate as we found a small beach tucked away in the rocks. Sonja live-streamed it for their family. Even her family in Austria joined in despite the time difference. It was the middle of the night for them, but at least they could attend the wedding in their pj’s if they want:)